Geothermal Energy Stocks: Should You Invest & the Best Stocks 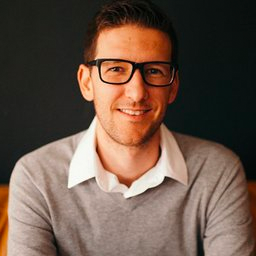 Renewable energy is experiencing a renaissance following the COP26 summit. As the climate crisis becomes more urgent, policymakers and companies are seeking out renewable resources beyond solar and wind power. And geothermal power is a standout with its ultra-low operational costs and limitless source of always-on energy.
Let's look at the economics of geothermal power along with geothermal energy stocks you may want to consider for your portfolio.

Should You Invest in Geothermal Power?

Most power production involves creating steam that spins a turbine. For example, coal power plants burn coal to produce heat that boils water, and the steam turns a turbine to generate electricity. Similarly, nuclear power plants split atoms to generate heat that boils water, creates steam, and ultimately spins a turbine to generate electricity.
Geothermal power relies on these same principles, but rather than burning coal or splitting atoms, geothermal power plants drill wells one or two miles into the earth to pump steam or hot water to the surface. Since there's a limitless source of heat from the center of the planet, geothermal power is an incredible renewable energy source.
For investors, geothermal power plants involve a high upfront cost offset by ultra-low maintenance and operational costs, ranging from $0.01 to $0.03 per kWh. By comparison, commercial and industrial solar power typically bottoms out at $0.02 to $0.04 per kWh with more significant maintenance requirements over time, as panels may need replacement.
While geothermal power plateaued in the mid-2000s, the renewable energy source could see a renaissance as the climate crisis escalates. In addition, the instability of natural gas and a lack of support for nuclear makes geothermal one of the few renewable energy sources that experience a lot of variation from wind, sunlight, or tidal waves.

More than 25 countries worldwide have geothermal power plants, generating nearly 20 GW of power each year. By 2050, the renewable energy source could meet up to 5% of global demand. As a result, many companies are actively building out geothermal power plants—including a handful of publicly-traded companies.
#1. Ormat Technologies (ORA)
Ormat Technologies Inc. (NYSE: ORA) is a leading vertically-integrated geothermal energy stock with 25 geothermal power plants producing 932 MW of electricity. With only about 65% of its revenue coming from the U.S., the company offers a strong level of international diversification. The company also continues to build new power plants to drive growth.
While the company's electricity segment has seen strong growth, the company's products division struggled from COVID-19 related interruptions over the past couple of years. In addition, the Puna eruption and supply chain difficulties have also contributed to revenue growth and earnings volatility, but the long-term picture remains strong.
#2. Polaris Infrastructure (RAMPF)
Polaris Infrastructure Inc. (TSX: PIF) (OTC: RAMPF) operates renewable energy projects in Latin America, including a 72 MW geothermal facility in Nicaragua and three hydroelectric facilities in Peru. Since the geothermal power plant represents most of its revenue, the company is an excellent geothermal energy stock to consider.
While the company is significantly smaller than Ormat, it operates at a net profit and even pays a dividend. The company also operates several ESG initiatives in Latin America, including a robotics education program in Nicaragua and scholarships for Peruvian universities. However, the company may be much riskier given its locale and smaller scale.

Geothermal energy stocks provide investors with an attractive way to add renewable energy to their portfolios. Ormat is the industry leader with a significant U.S. and global presence, while Polaris offers an opportunity to invest in Latin America. And, of course, many other utilities and energy giants hold smaller portfolios of geothermal assets.